Cholon: a key area for the bright future of Ho Chi Minh City

The future is bright and prosperous for Ho Chi Minh if it follows a balanced development path. A key instrument for the realisation of such goal is the implementation of the Master Plan 2025, which aims to make Ho Chi Minh City a world-class service centre and added-value industrial hub in the South-East Asia region. By 2025, the population of 10 million would be distributed in a multi-centric pattern, with six new satellite districts connected to the existing urban area through mass rapid transit lines and elevated highways, bridges and tunnels over the Saigon and Dong Nai rivers. In addition to the core District 1 area, Thu Thiem and Cholon will be key urban nodes in a city with high living standards.

Cholon is a principal asset to achieve the aims of the Master Plan 2025. A consolidated trade centre, strengthening this specialisation through policies towards the creation of a cluster of financial services in international trading will complement the existing capacity of District 1. Cholon’s rich history dates back to the 17th Century, when immigrants from the province of Guangdong in China first settled in what it is today Trieu Quan Phuc, then about 11 kilometres away from Saigon. Cholon grew to become Southern Vietnam’s busiest business hub. Today, it has a stable population of 67,000, and trading and services occupy about 65% of the labour force. Skill complementarily coupled with the right urban density (not too low, but not overcrowded) is a principal feature of international services centres. With 411 inhabitants per hectare, the population density of Cholon is higher than that of Hong Kong and Singapore. The urban pattern resulting from the implementation of the Master Plan must bring quality of life within the current density figures, so that beneficial critical mass does not deteriorate into congestion.

“Cholon could be the next big thing in a city that is the next big thing”, states Pablo Vaggione, Founding Partner of Design Convergence Urbanism (DCU). The Spanish consultancy, which specialises in strategic urban planning and development in rapidly emerging cities around the world, was appointed in October 2010 by the Department of Planning and Architecture of the People’s Committee to prepare a Conservation and Development Plan for Cholon. “We have worked in key cities in strongly emerging countries –from Brazil to China– and in established world cities such as London and New York, but we rarely see such energy, potential and tangible opportunity for a transformative project as in Ho Chi Minh City. Certainly the opportunity in Cholon is how to combine the rich legacy of the past and the vibrant energy of the future.” 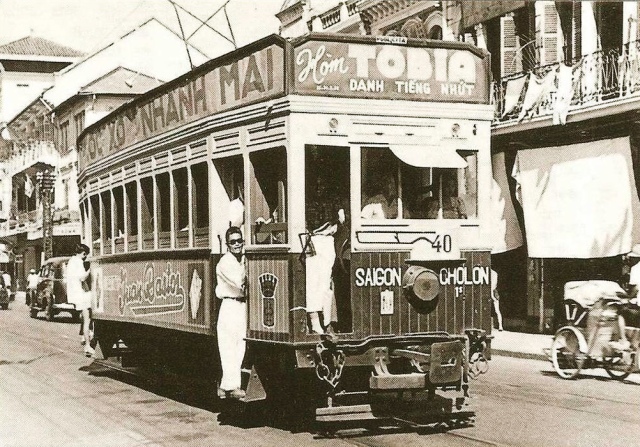 Fast-growing HCMC is comfortable with an increasing cosmopolitan profile. This is well aligned with the aims of becoming a regional centre that attracts talented workers and innovative multinationals.  Preserving the city’s multicultural history is a vital element in this strategy. Cholon’s historic character is legible through its Chinese-styled temples, the busy Binh Tay market, and numerous traditional shophouses, a typical South-East Asian typology. A well-preserved Cholon would be a key catalyst for the development of the tourism industry, allowing tourists to spend more time and money. In the early 1980s, Singapore was about to demolish its Chinatown, which features similar shop-houses as Cholon. Visionary policy making promoted preservation and reuse, making it today a top tourist destination and a source of income for both the city and the local community.

The Conservation and Development Plan (CDP) for Cholon provides guidelines for the rehabilitation of the built legacy, the sensitive integration of new development into the area, and the improvement of its public spaces. The leadership of the Department of Planning and Architecture of the People’s Government of HCMC, the cooperation of District 5 and 6 authorities, and the support of the Architecture Research Centre have been very important for the successful preparation of the plan, which has already received praise in numerous international forums including the Asian Development Bank and the International Society of City and Regional Planners, headquartered in the Netherlands.

The CDP has taken into account the views of the community from the onset. LeDieu Anh, an expert with DCU, believes that “conducting social mapping workshops and household interviews ensures that the views of the community are integrated into the plan’s recommendations. This is vital for the long-term success of the development of Cholon.”  In addition, the plan brought together the expertise of technical staff of various city departments (planning, construction, transport, culture and preservation) whose knowledge helped shape the plan. “Although it may require more time, this participatory approach allows building a collective vision where problem-solving is a team’s effort: together we have better ideas and foresee possible hurdles” says Elda Solloso, Senior Planner at DCU. The consultancy built a GIS database to consolidate information obtained from different municipal departments and from community and heritage surveys. To better understand the evolution of Cholon, DCU geo-referenced several historic maps dating back to 1815 with the current layout. Borja López, DCU’s GIS specialist, believes that “understanding how the urban pattern has evolved helps us give sustainable solutions for the future”.

The historic temples of Minh Huong Hoi (listed in 1993), Tue Thanh Hoi Quan, and Phu Nghia Hoi Quan are in good order and provide a historic heart of great importance. However, only a handful of tourists visit them today, spending on average two hours and very little money in the area. In addition to temples, Cholon features a high concentration of pre-1945 shophouses, especially on Trieu Quang Phuc, Tran Hung Dao and Nguyen Trai streets. These buildings give a unique character to the area, although many façades are in poor condition and either have had their historic features replaced or masked by advertising boards. Numerous shophouses have been lost entirely.

The plan suggests taking action to safeguard the historic legacy. “Cholon’s heritage can nurture a thriving cultural tourism that will benefit the district and HCMC. We have learnt that is imperative to act without delay to save the heritage buildings. Once they are lost, they would be lost forever” adds Vaggione.  To contribute to this goal, the Conservation and Development Plan provides principles for the area, and specific conservation and reuse guidelines to be applied to heritage assets. Applying these policies, a pilot project could be implemented in the very near term. Such project would consist in the revitalisation of two or three blocks of historic shophouses in the heart of Cholon, promote their reuse for tertiary activities, and create a public pedestrian space, thus quickly developing a cluster of tourist and community activity.

The confluence of Hai Thuong Lan Ong and the East-West Highway marks the façade of Cholon for the 21st Century. The demolition of buildings for the construction of the highway has resulted in an incomplete urban edge which has opened opportunities for new construction. The CDP illustrates how his area can be developed in the medium term. It gives consent to mixed use developments with podiums and towers that create a new façade to the highway and Tau Hu canal, designing a series of human-scale public plazas connected with pedestrian streets that would continue the tradition of Cholon’s alleyways. With two metro stations in the proximity; a public transport line planned along the East-West Highway; the cleaning of the Tau Hu canal; and the transformation of its banks into a linear public park, this would be an area extremely desirable for both enterprises and residents. Water taxis, a potential magnet of tourist interest, could operate on the canal. The plan recommends looking at the highway as a transformative project: a park that cuts across the entire city providing a much needed green infrastructure to improve the quality of life.

Binh Taymarket is an economic engine and landmark. The local community and DPA envision that the market could play a key role in the development of tourism. The implementation of the CDP would transform Binh Tay market into a visitor’s anchor whilst maintaining its local role. A new public space along its southern side would be created to orderly accommodate mobile street vendors. The reorganisation of street traffic; pedestrianisation; and a large civic plaza with green areas and kiosks will open the market to the Hang Bang canal. The canal, which was built in the 19th Century to move goods from the Mekong Delta, is today polluted. This should be no deterrent for action. The People’s Committee has expressed a desire to clean up the canal and to transform it into an important civic space, and there are many precedents of cities that have overcome similar problems. Relocating informal settlements in dignified dwellings and rehabilitating will create a new source of wealth and improve the quality of life in Cholon.

The CDP provides a framework to make Cholon a better urban space that gives Ho Chi Minh City a proud sense of history and space for the economic opportunities of tomorrow.

Vicente Carbona is a journalist and writer based in Spain. His international coverage on urban affairs is enriched by his dual background in the United States and Europe. He was a pioneer advocate of the 100 Cities Initiative within UN-HABITAT’s World Urban Campaign.